Magic of Mushrooms: The Modern Use of Mycelial Medicinals

Mushrooms are a curiosity. Neither plant, nor animal, they are stuff of fairy tales and dreams. They hint at something dangerous. They could be delicious, or they could kill you. They sprout up unexpectedly and then quickly melt away. Their underground mycelial networks make them some of nature’s largest collective organisms. Yet their fruiting body is just one small momentary expression of their unique life.

Mushrooms like Ling Zhi (Reishi) and Dong Chong Xia Cao (Cordyceps) have long been part of the Chinese medicine materia medica. But these substances, until recently, were preciously difficult to come by. Now with modern cultivation methods and scientific assay tools we have increased access to these unique healing substances.

Listen into this conversation on the use of medicinal mushrooms that are you familiar with, as well as some mushrooms that have recently emerged onto the “superfood” scene.
In this conversation we discuss:
“It all comes down to tongue and pulse.
It’s easy to forget when we’ve got a western diagnosis, but without tongue and pulse are we really practicing Chinese medicine?”
Robert Hoffman
Robert is a doctor of Chinese medicine and a licensed acupuncturist in the state of California, and the dean of doctoral studies at Yo San University in Los Angeles. He received his master’s degree in Traditional Chinese Medicine at Yo San, and completed the doctoral program at Five Branches University in San Jose. In addition, Rob is currently a Phd candidate at Zhejiang Chinese Medicine University in Hangzhou, China, where he travels several times a year for additional study and clinical rotations at the Zhejiang Chinese Medicine University Hospital. His current research is in the use of mushrooms as adjuvant therapy in cancer treatment, and the role of mushrooms in T cell regulation. Robert was previously a senior herbalist at Dragon Herbs, under the guidance of Ron Teeguarden.

Robert has traveled throughout the world to better his understanding of Chinese medicine, Daoism, spirituality, and martial arts. He has spent time with many teachers, monks and hermits in the mountains of China, often sleeping in caves, fasting, and meditating. In 2009, just before entering Chinese medicine school, Rob completed the Shikoku 88 Temple Buddhist pilgrimage, a solo 1000-mile walk around the island of Shikoku in southern Japan.

Robert's interest in Asian culture and medicine began at an early age, starting martial arts at the age of 15 with his first teacher, isshin-ryu karate champion Sensei Pattie Booth. After moving to Los Angeles to work in the music industry, he began studying jeet kune do at South Bay JKD, and then hung gar kung fu with Sifu Buck Sam Kong. His desire to study Chinese internal arts led him to Master Zi, and Yang style taiji (tai chi). With Master Zi, Rob has had the opportunity to study with many great teachers such as Zhang Hong Mei, Master Su Zifang, and Master Julius Baker. Rob has studied the Yang 108 long form with Sifu James Wing Woo, Yangjia michuan with Oso Tayari Casel, and qigong with Michael Winn, Ken Cohen, and several teachers in the Ni Family lineage. He continues his studies of xingyi and bagua with Shifu Jonathan Wang, and regularly travels to Nanjing, China to study Chen style taiji with Shifu's Gao Xiu Bao and Gao Xiu Ming.
Robert is also a certified Kundalini yoga teacher, and has studied and taken teacher trainings in Tibetan Heart Yoga, and Yoga Naga.

Prior to his career in Chinese medicine, Rob spent over 20 years in the music industry as a producer, songwriter and recording engineer working with artists such as Christina Aguilera, Michael Jackson, and Quincy Jones. He still produces and mixes for artists around the world.
Links and Resources


Here are a few sites that Robert enjoys 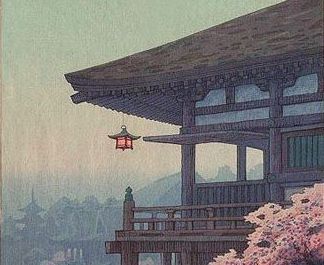