We often think of moxibustion as a potent way to add heat and yang into the body. But if you only think of moxa as heat, then you’re missing the power of the perspective that moxa is about creating a specific kind of stimulation in the body.

Listen in to today’s conversation as we explore how Japanese moxa techniques can be helpful in treating antibiotic resistant tuberculosis. And how our guest has taken resources from Japan, along with research and his own experience in Africa of using moxa to help make a difference in the lives of those suffering from the modern drug resistant forms of TB.
In this conversation we discuss:
“Do moxa at Zu San Li, ST36 every day for your own health (preferably with tiny cones of refined Japanese moxa burnt till you feel a ‘pinch' of heat – because this is quicker, makes less smoke and is more effective). As Dr Shimetaro Hara (another inspiration who has been the guiding light for our work despite his having left this world 30 years ago) said: this is so simple it feels like a lie. Take care of yourself and you can better help others!”
Merlin Young
I'm an acupuncturist who got infected by tuberculosis. This didn't occur in the conventional bacteriological sense – I just got hooked by the negligence that has allowed this ancient lethal and foul disease to become resist to modern drugs and allowed to flourish in the poorer quarters of our world. For the past ten years I've been trying to figure out how this can possibly have happened and figure out, with the help of some very wonderful friends, whether we might be able to do something to help this catastrophe with our own ‘medicine'.

I should add that I never planned this – I was a simple jobbing acupuncturist who had become increasingly interested in Japanese styles of practice. This in turn led me to learn some fairly sophisticated moxa techniques (along with truly exquisite needling techniques which I particularly love by the way). Along the way I learned that small cone direct moxa had been used with success on TB patients in Japan in the 1930s – and about six years later the logical question dawned on me: if it had been used successfully before the TB drugs arrived, then could it help today if and when those drugs aren't working anymore?

Ten years later we're still trying to get a definitive answer to this question (by definitive I mean one that will convince evidence-based medicine, because -love it or hate it – EBM is the only game in town in this field). In order to do this we've had to up our game quite a bit – deepen our understanding about moxa, develop a proper understanding of this complex disease so we can engage in discussions about TB with public health experts. And understand more about medical research, so we can get data published in peer-reviewed journals. Perhaps most important of all is to deepen our understanding of the world we are living in along the way – because we now realize that TB epitomizes so much of what is so deeply wrong with the world we have created since World War II.

Our traditional medicine doesn't normally trespass much into these sorts of territories, but we now recognize that, if we are serious about what we do, it simply must do in the coming decades.
Links and Resources


The Moon over Matsushima – insights into moxa and mugwort (a comprehensive discourse on moxibustion). Incidentally, the hard copy version includes an appendix listing of around 200 conditions which can be treated with moxa. The ‘kindle' version (which is much cheaper) is slightly updated, however doesn't include this appendix but includes instead a reflection on Moxafrica written six years down the line from the book's original publication. The treatment appendix, meanwhile, is published separately on Kindle as The Moon over Matsushima – the Single: Clinical Moxibustion Treatments.

Hard Rain – forecasting the future of tuberculosis – a deliberately short and accessible introduction to the complexities of tuberculosis and the shortcomings of the global response.

The moxafrica website includes information about moxafrica, and what they have achieved so far. It also includes links to the peer-reviewed published results of the Ugandan moxa-TB RCT, and publishes the very exciting results of the North Korean study. It further incorporates a series of blogs which continue to comment on the world's (inadequate) response to this dreadful pandemic.Merlin references Paul Farmer's Pathologies of Power: Health, Human Rights, and the New War on the Poorand draws inspiration from Dr. Farmer's extraordinary work. 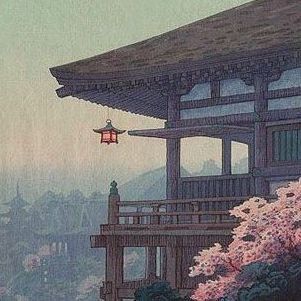